Again I must apologize for being slow on my post updates. Whenever I think there will be a span of free time for me to sit and write I discover it’s just not so. Such is the case this passed two weeks.

I have been:
– Trying to get my home for the next two years in some kind of order
– Meeting people in my community
– Trying to understand my new assignment duties
– Trying desperately not to be overwhelmed by the magnitude of the needs I must address over the next 24 months

And the list goes on and on. And, as if I don’t have enough to do already, I went and joined the PC Namibia Media Committee. Our job is to tell the world the Peace Corps story through a variety of traditional and current social media. My first assignment was in northern Namibia where we interviewed Krystal, a PCV living and working in the Ohangwena Region.

What an eye-opening experience.

Some PCVs join The Corps thinking they’ll live in a mud hut, eat bugs for breakfast, learn strange native customs all while teaching their hosts and the surrounding community some fundamental skill. Maybe that was true back in the 60’s, but today it’s harder to realize that romanticized idea of PC life. We do teach and render aid, but more often than not PCVs, especially those in the Economic Development arm of the Peace Corps, will find themselves assigned to urban areas where often the need is greater. 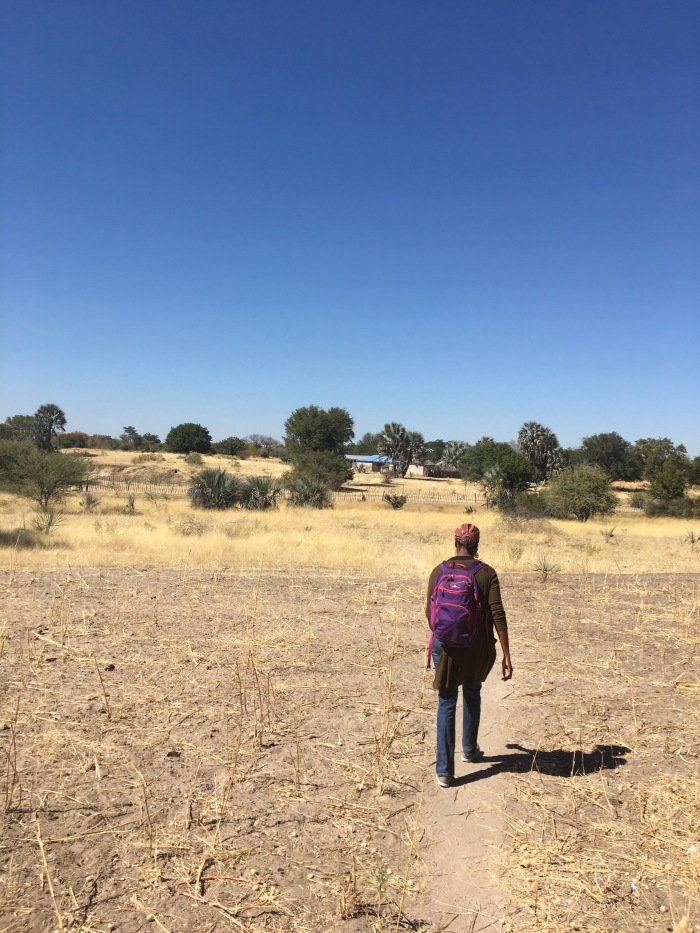 Krystal, on the other hand and to a large extent, is living that idealized life. For the passed year or so she’s been working as a health care volunteer in the Ohangwena Region and while her hut isn’t mud and has a concrete floor as per PC requirements, her roof is thatched and she live in an Ovambo homestead. The homestead is basically a collection of small buildings surrounded by a wooded wall. It’s like small forted community where the citizenry are all related. The walls serves as a pen for smaller domestic animals and living space for family members whose ranks can swell to 15 or more, depending on the time of year or family event. The kitchen is traditionally outside. Older relatives may have their own hut, or live in the main house, which is larger and may contain a food prep area, bathrooms and gathering space.

Inside an Ovambo Homestead

Krystal has her own hut which is spacious enough for a large bed, closet, at least 2 desks and still have plenty of room to move around. I was envious. It can be dusty, goats and chickens wander by your door from time to time, you are far from any modern convenience, but the experience is pure, and it can feel genuine. By comparison, I have an air conditioned office with a computer running Windows 10, and an alarm system in my concrete block house. To be able to experience just a bit of what Krystal does, even for a few days, was just what I needed.

My experience didn’t stop there. One of the tasks I had was to take still shots of the environment; the people and the day to day activities they pursue. I did get some really nice photos too. I’m sprinkling a few here. 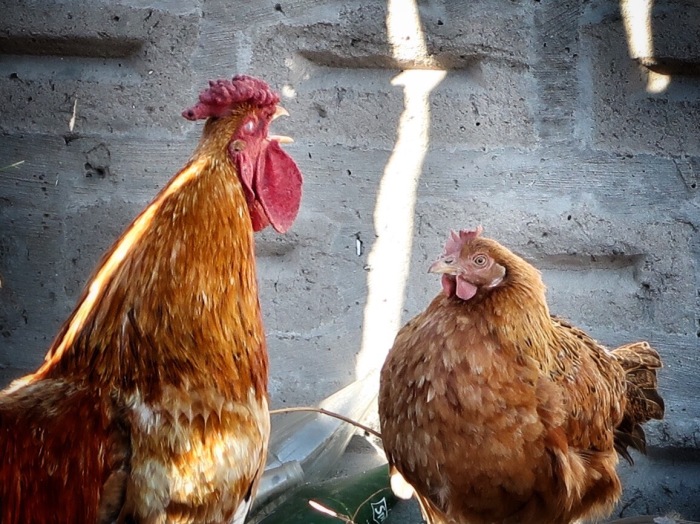 Something to crow about

It’s a rich environment, full of sights and sounds that are both foreign and familiar. Cows, goats, chickens, and even donkeys graze alongside the road unfazed by the roar cars and trucks zooming by. When they decide to cross, they do and traffic slows to avoid them. The landscape in this region reminds me of north Florida. It’s flat, dotted with palms and other trees, and here and there were pools of water, or places where water was and will be once the rains begin in Summer. (I know it may seem counterintuitive to some, but it’s Winter here. Similar to Winters in Florida, it’s relatively dry and sunny. In northern Namibia Summer brings rains, and crops and livestock flourish. As I understand it, the area becomes lush with vegetation, dry river beds come raging back to life, and the whole area is transformed into a seasonal Eden. I hope to see this for myself while I’m in Namibia.) 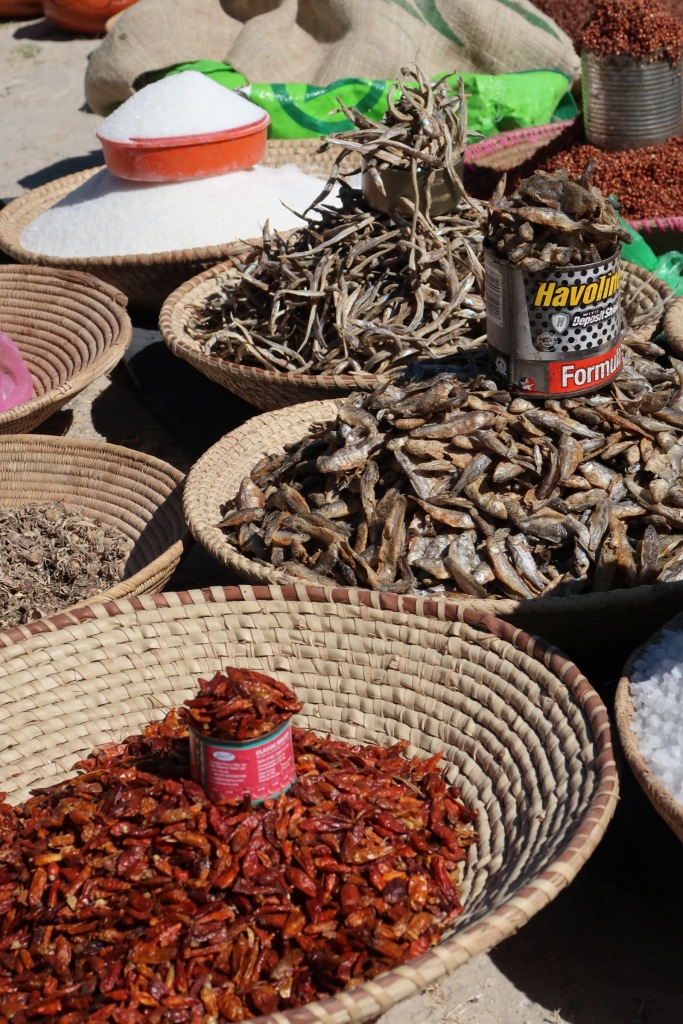 As part of the media committee I get to travel to many places in Namibia for projects, so I’ll get to see parts of the country other PCVs may not. But I’m also finding beauty here in the desert.

For instance, the weekend before I traveled north I decided to climb a local mountain, Mt. Arandis. It’s small in comparison to other peaks in the area, but this one is relatively accessible. The peak is a mere 2460 ft above sea level, but once at the top the view is spectacular. Local beauty.

View from atop Mt. Arandis.

And in another instance, the night I got back from up north fog rolled in from the Atlantic, which is about 60km from here. The mist makes everything look mysterious. The starkness of the desert is hidden and what you can see, even the familiar, looks strange and otherworldly. More local beauty. 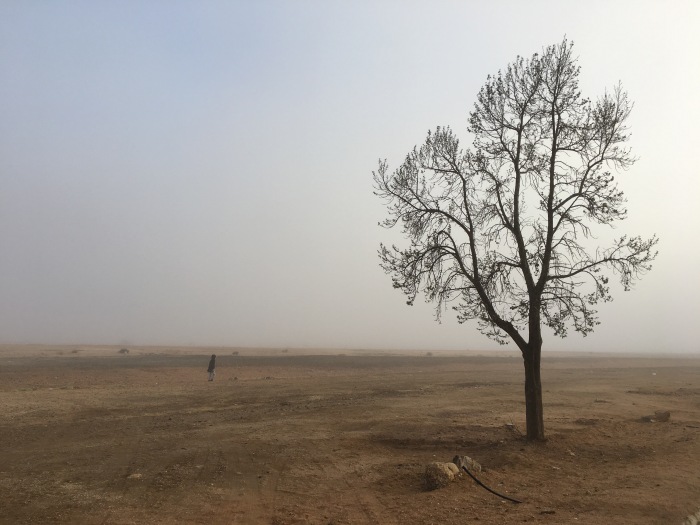 There’s so much I can talk about, but I need to address other things, so I’ll pause this for now. More to come soon.

2 thoughts on “Namibia: Up North and Here”