I’ve mentioned how dry it is here in the Namib Desert, but I think I might have gotten some of my facts wrong. While it is certainly very dry, depending on the time of year and where you are in the Namib, things can get downright soaking with water.

If you live in the seacoast town of Swakopmund, for instance, drying your laundry can be a challenge. I’m told that, if you’re lucky, it can take 2 days to dry some things, and often laundry is wetter after a day of hanging out in the fog and humidity than when it was first hung.

Not so in Arandis, Usakos or Karibib, towns about 40-100km inland from the Atlantic and about 60-120km north-east of Swakopmund. On almost any given day I can hang out a dripping wet bath towel and fetch it, as dry as Mars, an hour, maybe an hour and a half, later. I say “almost” because there are a few days here, especially in Arandis which is the closest to the ocean of the three towns I mentioned, and especially during the summer months (November thru April), when dense Atlantic fog rolls in and dampens everything. On those mornings trees with condensation ladened leaves produce showers beneath them with each breeze, and buildings, especially those with night-cooled metal roofs, have little sandy mud and water moats all around them.

There are even rarer days when there is actual rain that falls from actual clouds. Storms, complete with thunder and lightning, will drench the desert. Pools of water, some knee-deep, will form, and dusty streams and dry riverbeds are renewed as rainwater gathers and follows gravity toward the ocean.

I mention all of this because I just stepped outside. It‘s 3 AM. Instead of clear skies filled with stars and a cool, dry desert wind I was met with clouds and a relatively warm and damp breeze, and a distinct smell of moisture. It’s winter here and rain just does not happen this time of year, yet, when I checked my weather app I see that it predicts a 60% chance of rain in about an hour. If we get anything it’ll likely be no more than a sprinkle, but I want to be in it. Having gotten used to Florida weather, I miss water falling from the sky.

It’s an hour later and, sure enough, it started raining! Just now! Not heavy, but enough to wet the streets. There’s even some lightning too! And yes, I stood out in it. It felt amazing. 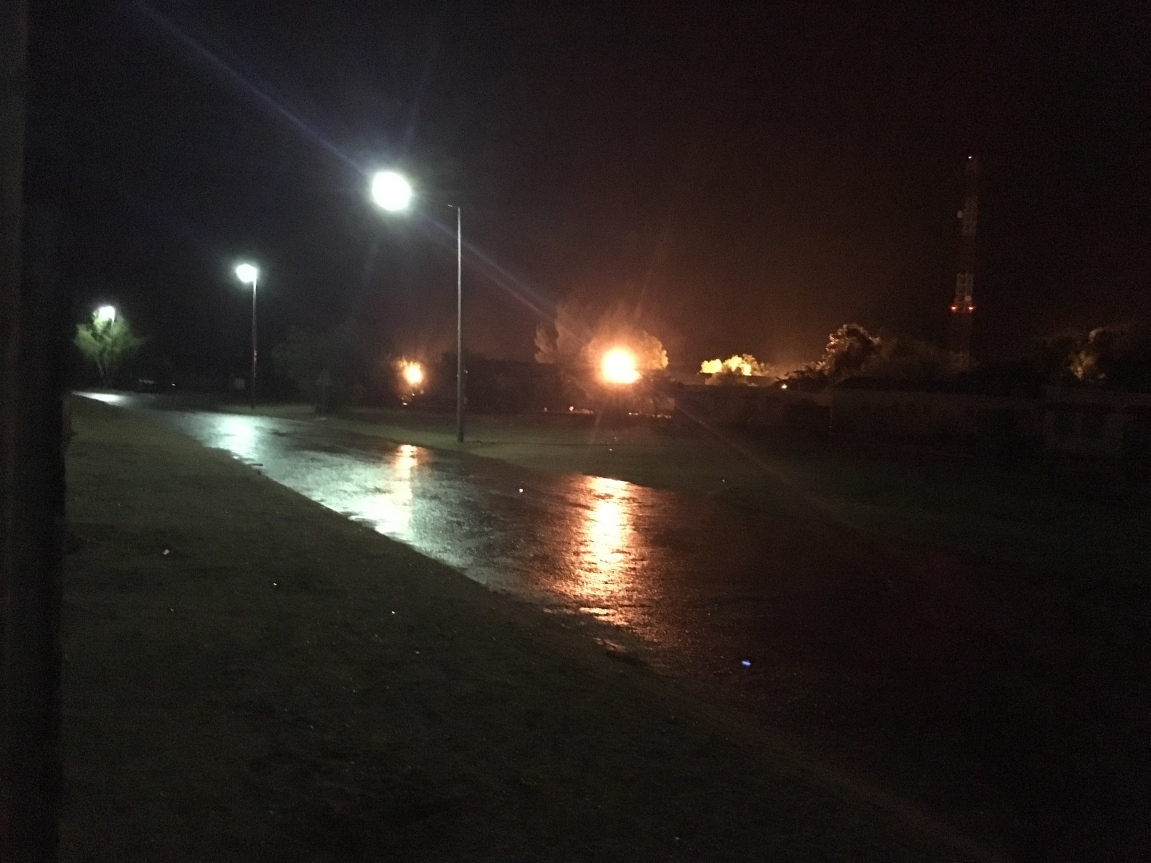 Wet streets at 4AM

Just as quickly as it started, 10 minutes later, it was done. Barely enough to form small puddles in the street. Already the pavers in my back patio are drying. Soon, if I hadn’t witnessed it, been out in it, I would have found it hard to believe it happened at all.

Epilog: It’s 8 AM an it has sprinkled a bit since the wetting rain 4 hours ago. Now it looks like there one last shower coming before the sun and the dry desert wind pushes the moisture West. My neighbor, Michael, tells me the rain isn’t normal. He thinks it’s cool. I agree.

The wind from the East is picking up. The weather forecast calls for the rain to end and for more typical weather for time of year, high, dry winds and high temps, to return Tuesday. 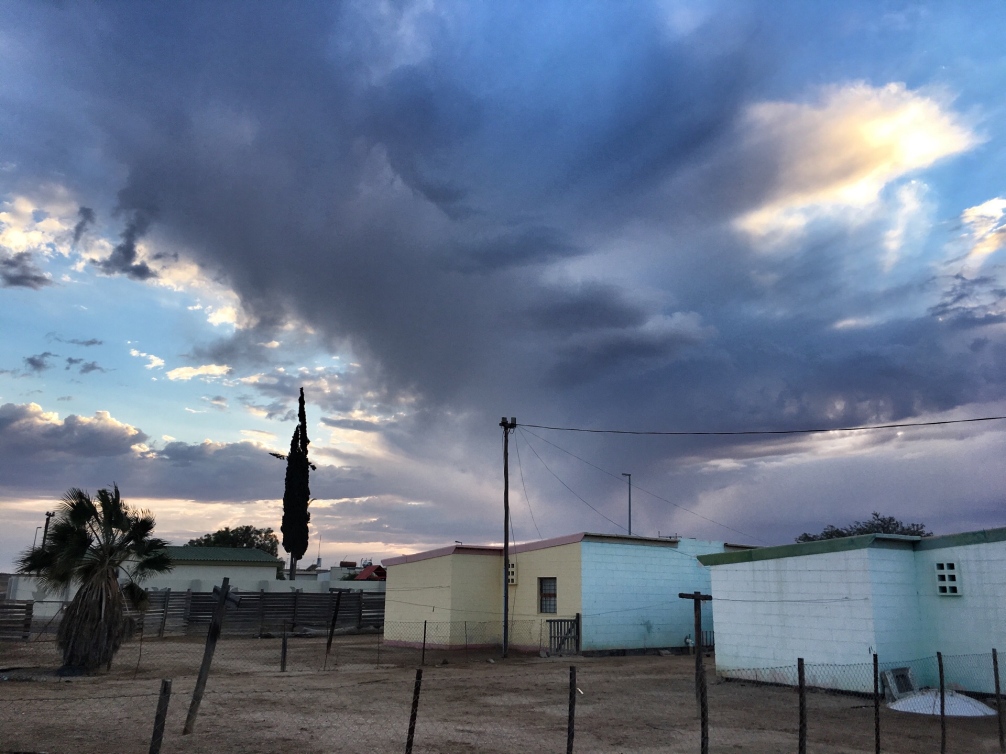 Ah well. It was fun while it lasted.